We use relative group cohomologies to compute the Kac cohomology of matched pairs of finite groups. This cohomology naturally appears in the theory of abelian extensions of finite dimensional Hopf algebras. We prove that Kac cohomology can be computed using relative cohomology and relatively projective resolutions. This allows us to use other resolutions, besides the bar resolution, for computations. We compute, in terms of relative cohomology, the first two pages of a spectral sequence which converges to the Kac cohomology and its associated five-term exact sequence. Through several examples, we show the usefulness of the five-term exact sequence in computing groups of abelian extensions. 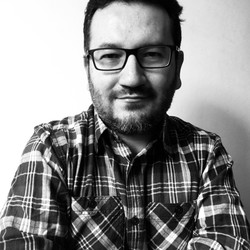 My research interests include representation theory, category theory and their applications to Mathematical-Physics.